she's completely destituted situation,and not able to walking condition, she was admitted above mentioned Hospital for her treatment,after she was recovered,and her Brother his named is Tr. Kumar s/o Tr.Tharani(Late)aged around 65 yrs old, he's also destitute situation,their was noticed and protected by the above mentioned Hospital Duty Medical Officers Dr.Siri Chandana,Msg received from them, 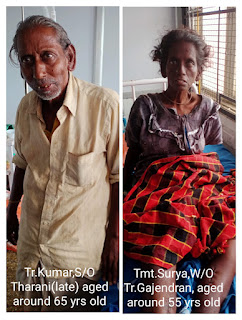 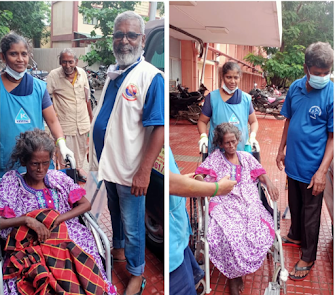 So our team went to the place, they are rescued and taken go to the concerned police official's The House officer Ayya Tr. Kumar sir,Sub Inspector of police Ayya Tr. Kannappan sir and House Writter Ayya Tr. Ashok kumar sir knowledge, the Official's considered their condition and them situation, and then they're gave requestion letter (General Memo)for their admission, 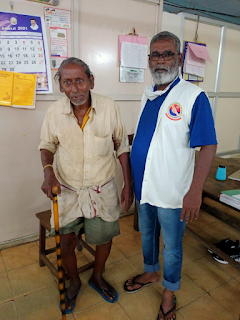 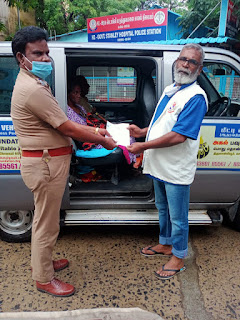 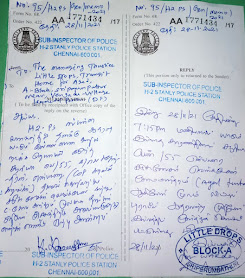 Our prayers doesn't fails, By God's Grace, our prayers were listened.So mentioned the person's life have been saved under one roof with Care and Needs of their life.

Thank you very much to all,these things are done well...with all of your blessings and supporting. 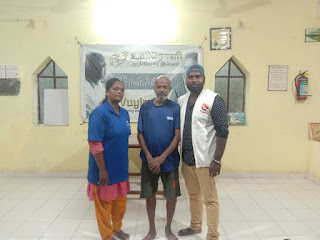